Some of you may be offended with what I’m about to say and prepare yourself because I cried when I heard about this. Written by a teen who heard about something unimaginable happen on February 14, 2018. How can this even be our world? What will be different about this school shooting? Is there a way to make a change? Who do we confide in? All of these questions I asked myself when I heard about what happened in Parkland, Florida at Marjory Stoneman Douglas High School.

I wasn’t at Marjory Stoneman Douglas High School but I was still affected because most of those kids who sadly passed away were my age. A 19 year old should never have an AR-15 let alone one who’s mentally disturbed. I posted something on Instagram it said, “ We need change. We deserve change. We can’t let innocent people keep on dying we’ve had enough #enoughisenough. There are so many things wrong with the world we live in right now and what happened at Marjory Stoneman Douglas High School is only the beginning of it.

To spread change I’m no longer asking I’m begging for you to march. March so we know we’re not alone. March so change will come. March because there’s so much more to life than just sitting down thinking about how you could have made a difference. March for every life lost during the school shootings. March because this is somehow our reality. I literally cried while writing this so please I’m begging all of those who don’t feel like they have a voice trust me you do.

Personally I want to have kids and I want them to go to school in an environment they can trust with people they can trust. Seeing how someone can walk into a school with an AR-15 and decide to kill 17 innocent people is unbelievable and to be honest I don’t trust schools that much. Hopefully our future generations never have to go through something like this. Finally, there have been 18 incidents where a gun has been brought on school property like wth. Honestly we need to put the politics aside and focus on public safety. This situation is not red and blue and we can’t point fingers if someone says something we don’t like. 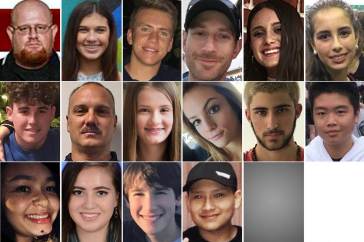 When I heard about this I cried those were kids my and most of our leaders age that ended up dying. I hate to say it but that could’ve been anyone of us. We can’t get through a normal day without hearing that someone’s been shot. We should send thoughts and prayers but we should also take action. I think all of these kids have heard enough of thoughts and prayers. 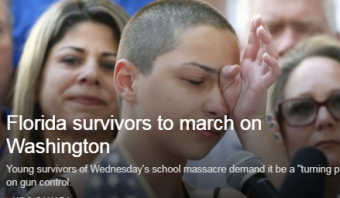 Someone or some group needs to take action and do something. Schools will never be the same. Lives will never be the same. If you saw the CNN Town Hall for the victims. Well Ted Deutch (Representative) for Florida said something very important, “it is not — it is not too soon; it is too late for the 17 lives that are lost.” I completely agree with what he said. Why did it take so many? How many more do there have to be? Another thing is that they want to trust teachers with a gun. How is that okay?! Not to be rude but how many of your teachers don’t know how to use an activboard? Teachers are here to teach us. They shouldn’t have a gun. Protect children not guns.

Alice Paul, born on January 11, 1885 to Quaker parents in Mt. Laurel, NJ, was an American suffragist, feminist, and women’s rights activist, and the main leader and strategist of the 1910’s campaign for the Nineteenth Amendment to the U.S. Constitution which prohibits sex discrimination in the right to vote. Along with Lucy Burns and others, Paul strategized the events, such as the Woman Suffrage Procession and the Silent Sentinels, which led the successful campaign that resulted in its passage in 1920.

Driven to change laws that affected women, she earned a Ph.D. from the University of Pennsylvania in 1912. At first, Paul was a member of the National American Woman Suffrage Association and served as the chair of its congressional committee. Out of frustration with NAWSA’s policies, however, Paul left to form the more militant Congressional Union for Woman Suffrage with Lucy Burns. The group was later renamed the National Woman’s Party (NWP) with the goal of implementing change on a federal level.

Known for using provocative visual media to make their point, NWP members known as the “Silent Sentinels” picketed the White House under the Woodrow Wilson administration in 1917, making them the first group to take such action. Paul was jailed in October and November of that year because of the protests.

The Equal Rights Amendment (ERA) was introduced in every session of Congress from 1923 until it passed in 1972. During the 1940s, both the Republicans and Democrats added the ERA to their party platforms. In 1943, the ERA was rewritten and dubbed the “Alice Paul Amendment.” The new amendment read, “Equality of rights under the law shall not be denied or abridged by the United States or by any state on account of sex.”

After women won the right to vote with the 19th Amendment in 1920, Paul devoted herself to working on additional empowerment measures. In 1923, she introduced the first Equal Rights Amendment in Congress and in later decades worked on a civil rights bill and fair employment practices. Although she did not live to see the ERA added to the U.S. Constitution (to date it remains unratified), she did get an equal rights affirmation included in the preamble to the United Nations charter.

Until she was debilitated by a stroke in 1974, Alice Paul continued her fight for women’s rights. She died on July 9, 1977, in Moorestown, NJ. Her life demonstrates that one person can make a difference! Alice Paul dedicated her life to the single cause of securing equal rights for all women. Her legacy lives on, bearing witness to the significance of her life and inspiring others who struggle for social justice.

The Alice Paul Institute was founded in 1985 and is dedicated to creating a heritage and leadership development center at Paulsdale, NJ. The Institute works to educate and encourage women and girls to take leadership roles in their communities and to continue the long struggle for women’s equality. In her name, API works to fulfill its mission to honor her legacy, preserve her home, and develop future leaders.

On April 20, 2016 Treasury Secretary Jacob Lew announced that several denominations of United States currency would be redesigned prior to 2020, the 100th anniversary of the 19th Amendment. The newly designed $10 bill, which will include images which pay homage to the women’s suffrage movement, will feature the images of Alice Paul, Sojourner Truth, Susan B. Anthony, Elizabeth Cady Stanton, and Lucretia Mott, along with an image of the 1913 Women’s Suffrage Procession that Paul organized.

Women fought hard to win the right to vote. And voting is still the best way for women to ensure that our elected leaders support policies that will expand opportunity, help women and their families through hard times, and strengthen the economy.

MY WISH is that we, as women, do NOT forget those who fought so hard for so long for us to have the right to vote. Alice Paul dedicated her life for us to have this right, honor her by voting in this election. 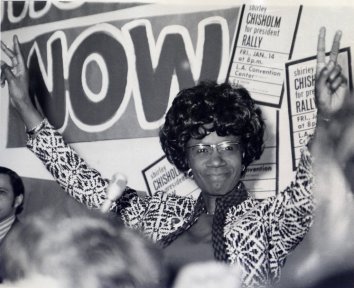 A WOMAN FOR PRESIDENT

The Democratic National Convention was in Philadelphia July 25-28th and regardless of my party affiliation just the thought of a woman running for President of the United States of America excites me. We have two women running; Hillary Clinton and Dr. Jill Stein.

It has been proven that woman in politics prioritize issues affecting women’s rights, families and children on their legislative agendas. These women have also voted in favor of environmental protections and policies more consistently than men have over the past 25 years in both House and Senate. So put aside your elephant or donkey, your Hillary or Donald, what would it be like to have a woman President? As we said remember that we have also Dr. Jill Stein running as a woman for president with the Green Party, so they are two “against” one, this is history made

. Let’s wish…. Women are strong leaders. It is sad that we still need to work harder than men to prove ourselves, but we do. Some believe we are still the weakest gender but this is not true. A woman as our president would just help be a step in the right direction for equal rights for woman.Women have heart. Maybe there would be less war with a woman as our president. More compassion, peaceful resolutions and taking time to listen to problems, these are qualities I envision when thinking of a woman president. Just imagine how inspiring it would be for little girls to look up to a woman president. Having a woman in the Oval Office would send the message loud and clear to our girls that they can be absolutely anything – or even the leader of the free world. What are your thoughts on a woman as president? What would you envision or wish? ~Mary Beth Iannarella GirlTalk Marlton/Wishwall adm